Adam and Eve .. still in the Garden of Eden.

Adam and Even truly had agency in the Garden of Eden.

We looked at the principles of agency, making choices freely, but what about the other part of agency - accountability?
Were Adam and Eve really held accountable for their choices?

Of course they were!  I just told you that if agency exists, so does accountability.
Now see here:  (Lion King, anyone?)


And the eyes of them both were opened, and they knew that they were naked; and they sewed fig leaves together, and made themselves aprons.
And they heard the voice of the Lord God walking in the garden in the cool of the day: and Adam and his wife hid themselves from the presence of the Lord God amongst the trees of the garden.
And the Lord God called unto Adam, and said unto him, Where art thou?
And he said, I heard thy voice in the garden, and I was afraid, because I was naked; and I hid myself.
And he said, Who told thee that thou wast naked? Hast thou eaten of the tree, whereof I commanded thee that thou shouldest not eat?
And the man said, The woman whom thou gavest to be with me, she gave me of the tree, and I did eat.
And the Lord God said unto the woman, What is this that thou hast done? And the woman said, The serpent beguiled me, and I did eat.   (Genesis 3:7-13; or see Moses 4:13-19)

Do you see all the questions the Lord asked them?  Where were you?  What did you do?
The Lord already knew the answers, obviously.  But He still asked the questions, and gave Adam and Eve the opportunity to explain themselves.  (um, good parenting tip to follow?)

Now some people feel that God gave Adam two commandments that were in conflict with each other, and that that was an injustice.

"If all decisions had but two alternatives, one clearly marked 'right' and the other clearly marked 'wrong', our personal development in spiritual muscle-building would not be nearly so strengthening.  Quite conceivably, the Lord recognised that man would gain much more learning and experience through dealing with conflict than with simple, clear-cut alternatives, and he therefore provided for this in our mortal period of life.  If it is not so, why did he place a set of principles in conflict before Adam and Eve in the very beginning?"  [5]

Well, say hello to Quinn McKay.  He offers three different ways to handle such situations created by principles in conflict.  His first is relevant here:

"Choose to obey the higher law when two principles are in conflict.  This is exactly what Adam and Eve did when they elected to eat of the fruit, what Nephi did when he slew Laban, and what the Saviour did when he forgave the adulteress.  And one of the important keys to obeying the higher law is to approach the decision with prayer."  [6]

So if alternatives seem to be in conflict, and an individual chooses to obey the higher law, or the most important principle, he does not sin.

It really becomes a matter of priorities - select the alternative that, in our judgment, is most consistent with gospel principles.

Maybe you should read that again.  Coz that is gold.


According to one of the many books I read, some people have wondered, since the Fall is so necessary for eternal progression, why God didn't just place Adam and Eve in a fallen condition to begin with.  I confess, that's never crossed my mind.  Has it yours?

If so, think on this:  If Heavenly Father caused men to become mortal then, He would ultimately be responsible for all the pain, sin, and sorrow that would come to man.

Adam needed to have the freedom to choose to eat the fruit and fall.


How's this for a change in subject ...  enter the adversary, Satan.
Satan seeks to thwart (what a great word) the Lord's plan - we briefly looked at that the other week as a key truth found in chapter 1 of Moses.  But it is important to know that Satan live, and that he seeks to destroy the work of God.

Elder Marion G. Romney stated:  "We Latter-day Saints need not be, and we must not be, deceived by the sophistries of men concerning the reality of Satan.  There is a personal devil, and we had better believe it.  He and a countless host of followers, seen and unseen, are exercising a controlling influence upon men and their affairs in our world today."  [7]

Can you think of specific examples of these methods today?

The reason I briefly look at this, is because knowing how Satan works helps us avoid being deceived by him.

As a side note, even though Eve was deceived, she still brought about the purposes of God.  And even though Satan thought he was impeding or preventing God's plan, he in fact helped it along because he didn't understand God's plan.  Not very bright.

"The promise concerning the bruising of the heel and head means that while Satan (as the serpent) will bruise the heel of the Saviour by leading men to crucify Him and seemingly destroy Him, in actuality that very act of the Atonement will give Christ the power to overcome the power that Satan has over men and undo the effects of the Fall.  Thus, the seed of the woman (Christ) shall crush the head of the serpent (Satan and his kingdom) with the very heel that was bruised (the atoning sacrifice)."  [8]

Of course Heavenly Father's plan also includes the means by which He can redeem all of His children from this fallen state, but they must again exercise their agency and choose to accept the plan.

We see that in Genesis 3:14-15.
Physical death and Spiritual death came into the world because of the fall of Adam.

And the Saviour overcame physical death, and made it possible for us all to overcome spiritual death.

WOO!!  That's pretty much what Adam and Eve said, when they were taught about the Saviour's mission and atonement.


And ... then they were cast out of the garden.  Bye bye paradise.  Hello weeds. 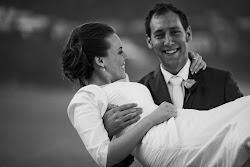 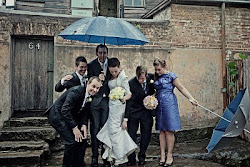 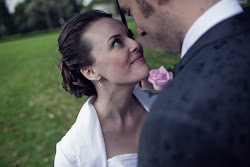 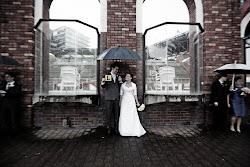 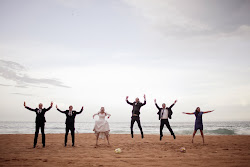